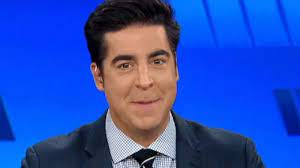 Dr. Anne Watters, 70, is the mother of political pundit Jesse Watters, who is also a doctor. Follow the links in this page to find out more about Jesse Watters mother’s Wikipedia biography and net worth.

Dr. Anne Watters is a ‘liberal Democrat’ who resides on Long Island, New York with her husband and two children.

When she sent a text message to her son Jesse Watters, who is a Fox News anchor, she made headlines because she advised him not to accept Donald Trump’s offer to be chief of staff. She has now been fired from her post.

Anne is a self-described “liberal Democrat” who doesn’t appear to be afraid to speak her mind when the opportunity presents itself.

According to the express digest, Dr. Anne Watter is seventy-one years old.

Although she has supplied the media with her actual birth date and year of birth, she has not shared these facts with the general public or with the media in order to protect her privacy.

As with her zodiac sign, we are yet unclear of what she represents.

Jesse Watter, on the other hand, has already been featured in the official Wikipedia page.

Prior to relocating to Long Island, New York, with his family, he attended William Penn Charter School until his junior year of high school.

In 2001, he graduated with a Bachelor of Arts in history from Trinity College in Hartford, Connecticut.

In recent weeks, the mother and son were in the spotlight, revealing the tale behind the five portions of writing from the mother.

In the end, Jesse’s mother pulled him back to reality, advising him to keep his thoughts to himself and to stop from commenting on the Mueller investigation. Jesse, 40, has since returned to work.

The exact amount of Dr. Anne Watter’s net worth is currently being calculated. Unfortunately, we do not know what her principal source of income is. However, our staff is working hard to get the necessary information so that we can provide you with an update as soon as possible.

When it comes to Jesse’s net worth, it is estimated to be in the neighbourhood of $5 million.